As with many imported foods, sushi as we know it in the west is an “interpretation” of what sushi is really like in Japan. 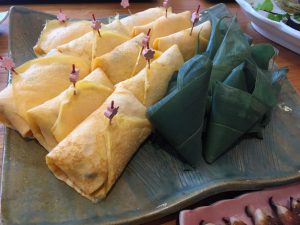 Sushi rolls with tinned tuna and mayonnaise or California Roll with crabmeat and avocado are about as Japanese as Spaghetti Carbonara is Italian, or Chop Suey is Chinese. But that hardly matters. Despite the image of sushi being a delicate combination of sweet vinegared rice topped with the freshest fish, the original sushi was a quite different incarnation. 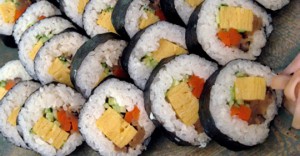 In fact, sushi dates back to around the 8th century CE when it was introduced from south-east Asia as a rather smelly concoction of fish sandwiched between rice and left to ferment for about a month. Called nare-zushi, this sushi was hardly high cuisine. It was merely a method of preserving fish and a cause of halitosis. 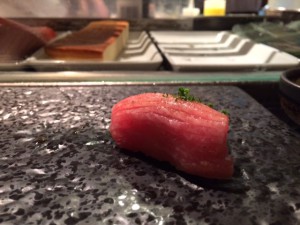 It was not until the 19th century that a rather enterprising fast food street vendor called Yohei Hanaya, in an effort to appease his impatient customers, came up with a version of sushi that is akin to the modern day nigiri-zushi (hand moulded cake of rice topped with raw fish). In the 1950’s, even more impatient customers prompted Yoshiaki Shiraishi to introduce conveyer belt sushi called “kaiten-zushi” or sushi trains, now globally ubiquitous. And with the introduction of maki-zushi (sushi rolls) probably in the late 19th century, sushi became portable as well. 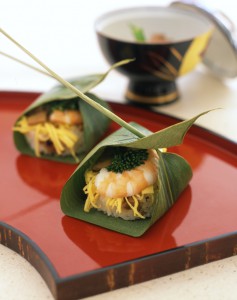 But there’s a paradox. While sushi has a rather working class origin and now, a fast food image, eating sushi in Japan can be a costly affair. Though sushi trains, the local sushi counter and take away sushi places abound in Japan, there are also the exclusive sushi joints that charge very scary prices. Here, the sushi chefs are stage performers, performing a culinary ritual that is part samurai (with their katana like carbon steel knives) behind pristine displays of fresh fish. Yet sushi chefs are still considered to be trades persons, a far cry from the artist image that kaiseki chefs have. 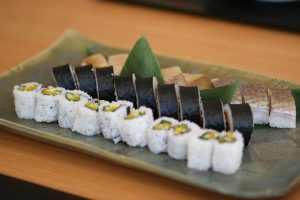 Until recently, women were excluded from the industry because “women’s hands are warmer than men’s, and the fish might go off.” In Australia, most people think sushi is just maki-zushi (nori rolls), but that’s what the Japanese tend to take on picnics. In Tokyo, sushi is mostly nigiri-zushi, and the most important thing about it is the “neta” or the fresh seafood delicacy (shellfish are especially expensive as is fatty tuna called toro) that sits atop the rice. But there are lots of regional varieties of sushi, like chakkin-zushi which is sushi rice wrapped in a delicately thin egg omelette, or bo-zushi, sushi which is pressed into a long bar and sliced, a great accompaniment on that long trip on the bullet train.

If you think you know sushi etiquette, then check out this video